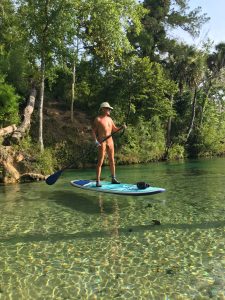 Hill Country Nudists has been in existence since the mid 1980s and has had a long history of promoting nude recreation in Central Texas. In those early days, public nudity was a rarely-seen phenomenon around most parts of Texas. Social nudity was nearly always practiced either indoors or at nudist resorts, safely behind a fence.

The Austin area was a little different, however. People (often students) were a bit more relaxed about the idea of doing things nude because of the sense of freedom that it conveyed. One of the manifestations of this was a small community of freedom-lovers that lived in an apartment complex called New Manor Apartments. The owners of the complex supported the idea of social nudity within a community of the like-minded, and thus allowed nudity within the grounds of the complex.

Several of the residents decided that it would be a good idea to organize some outings to nearby swimming holes, and so this group started paying visits to some of the traditional skinny-dipping locations in the Austin area. Soon, the group began to grow as other clothes-free swimmers from the area grew interested in joining the group. It was then suggested that the group form an actual organized club. Thus, the club was formed and now it was easier to plan gatherings for the members, many of whom were scattered all over town. They also expanded their destinations to include beaches on the Texas coast.

One of the group members, Terry Blum, one of the initial driving forces for the group’s formation, served as the leader, and he had suggested naming the group the “Naked Freedom Boosters”, which reflected the ideals most of the members held. Eventually Terry found he had other goals he needed to devote his time to and decided that another group member should take the leadership role to help keep the group alive. Another group member, Ted Denny, offered to step in and, with help from his wife Beth, worked to keep the group active and continued organizing gatherings.

Unfortunately, later the owner of New Manor had to sell the property, and with the change of ownership came a change of atmosphere of the complex, and many of the community members decided to move on. The complex was eventually sold again and the newer owners announced that the apartments would not remain clothing optional.

Despite the loss of their common residential setting, the group continued to hold gatherings. They also began to make organized visits to one of the nearby established nudist resorts. The resort owner was supportive of the group and offered them advice about how to help grow their club and get better visibility in the national nudist community by becoming affiliated with the American Sunbathing Association (ASA, now AANR).

After some long discussions, the group decided a name change was in order before official affiliation. They decided to call themselves the “Hill Country Nudists”, one of the names suggested by the resort owner. This name was remarkable at the time as a distinct departure from the normal naming conventions used by nudist clubs, directly including the word “nudist” right there in the name. 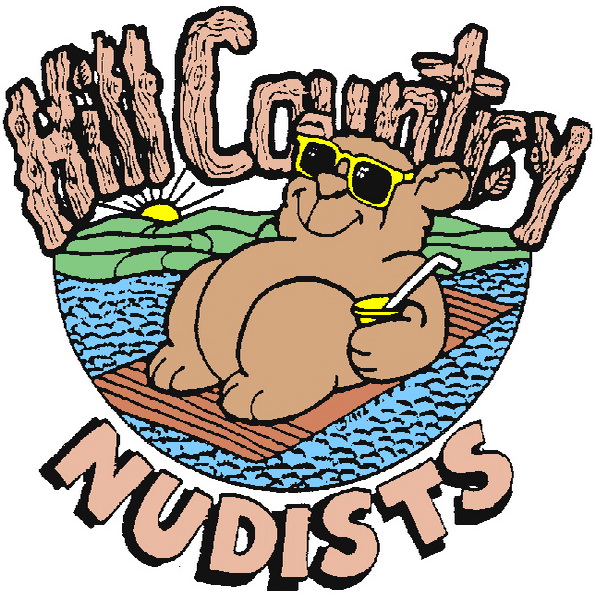 The group then joined the ASA as a “non-landed” travel club. It also formalized things a bit more by forming a board of directors, creating a charter, and establishing bylaws that govern the club’s operations to this day.

Since those days, HCN has evolved considerably. It continues to work to promote the ideas of body freedom and the benefits of nude recreation, and places an emphasis on creativity and inclusiveness. HCN also works with local parks departments and the Keep Austin Beautiful group in their efforts to maintain the beauty of the Austin area parks and greenbelts. As HCN’s membership has grown over the years, more and more events have been held, including gatherings at members’ homes as well as at public skinny-dipping spots, regional nudist resorts and along Texas Gulf Coast.

HCN has over 100 members and now holds large region-wide events that attract nudists from all over the state of Texas and beyond. The club also mentors to the general public about nudism and nude recreation through its informational meetings, held in a clothed setting.

The people of Central Texas have come to know Hill Country Nudists as the premier group to contact if they’re interested in meeting others who share their interests in social nudity.

Learn more about membership in our club and get ready to take the next step toward being happy and free!